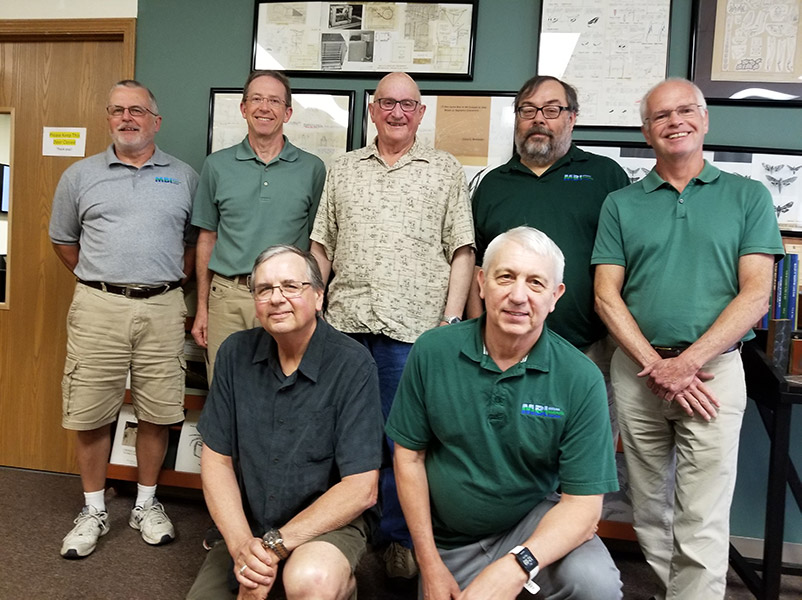 MBI hosted Dr. James Karr on May 24, 2018, who was in Ohio visiting relatives.  He was kind enough to stop by MBI for a set of presentations by himself and MBI staff and for the discussion and lunch that followed.  Besides MBI staff, recently retired Ohio EPA employees Dan Dudley and Dave Altfater were also in attendance.  Dan worked with Jim on the Black Creek (Maumee River basin, Indiana) project in the early 1970s and all of us ex-Ohio EPA people, including Dave, had hosted Jim at Ohio EPA on a number of occasions dating back to the late 1980s.  Needless to say that Jim’s work has influenced all of our professional careers and the Ohio EPA program in particular.

Jim was kind enough to update us on recent developments in bioassessment and an international perspective about his hallmark achievement, the Index of Biotic Integrity (IBI).  IBI is now used as a central framework for bioassessment in more than 100 countries on all of the major continents and it has certainly passed the test time in North America being used in all U.S. states and Canada.  MBI shared recent developments with their Integrated Prioritization System (IPS), a 37-year long bioassessment of the Scioto River below Columbus, OH, and MBI’s proposal to construct a wetland at the Grange Audubon site along the Scioto River in downtown Columbus.  It was truly an honor for all of us to get reacquainted and hopefully spur additional collaboration with Jim in the near future.  We are glad to see that he remains active even as he enjoys retirement.

Do you prefer clean water? The time is now to help protect local streams

It’s so easy to take water for granted, especially when you live in a place with streams and rivers everywhere like Ohio.