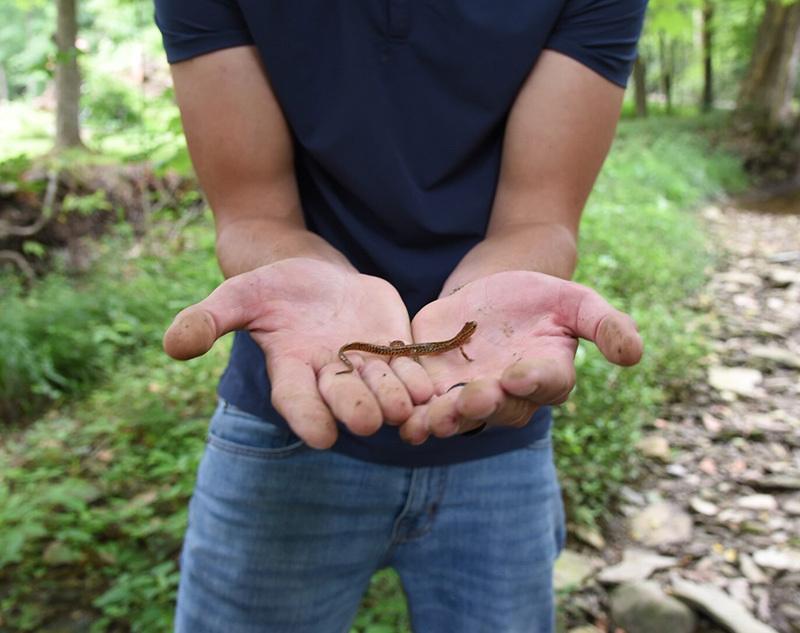 You can see in the first photo that the length of the tail compared to the length between each pair of legs is a bit longer.

In the second image, take note of the pigment on the throat and the absence of paired light spots on the dorsum. This seems to match up with the characteristics of Long-tailed larvae.  These salamanders are observed less in the larval stage, as this stage is presumed to last only 5-12 months, as compared to 12-24 months for Two-lined salamanders.

This species is not threatened or endangered in Ohio, but is still very interesting to observe in the field. These wetlands which in just a short period of time will be teeming with life are currently lying under a cover of ice and waiting for the warmer weather of late winter to explode into action.