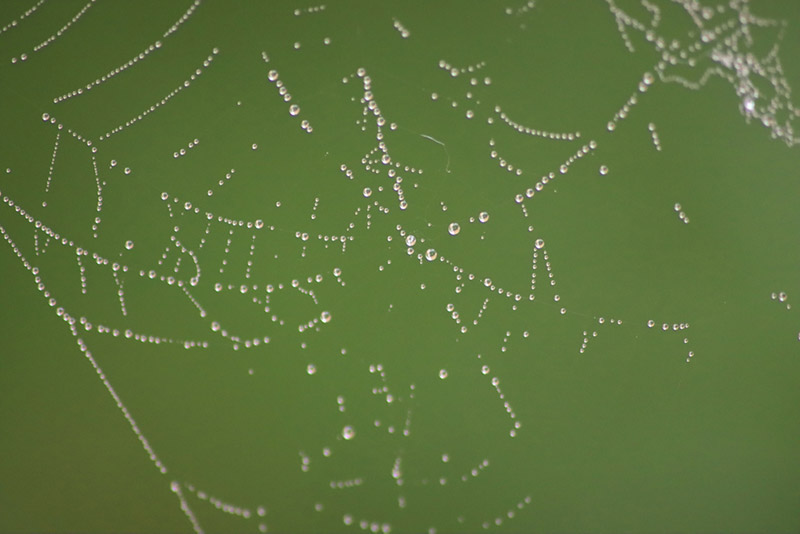 On a recent hot and humid morning, I found a little spider web on a gate in our backyard. I liked the way the dew stuck to the strands of the web, and knew that if I didn’t take the photo then I might not get the chance later.

After running some errands in Columbus that day I stopped by the Dutch Fork Wetlands; a wetland that had been converted to agricultural usage, but has been restored and is now managed by the Dawes Arboretum in Newark, Ohio. It was already almost noon and the heat and humidity was oppressive (I am not a hot weather person), but as I walked from the parking lot to the observation deck I noticed a few late-blooming spiderwort flowers. These were late-bloomers because spiderworts usually bloom in the morning and then the petals of individual flowers become jelly-like as they wilt in the afternoon sun. I was fortunate enough to find one or two flowers still in bloom, and took a photo before it disappeared. Later that afternoon, I returned home and looked for the little spider web, and its maker, but the web was gone, and by that time I’m sure the flower was too. It seems that every day we hear new stories of nuisance algal blooms, Microcystis cyanobacteria and water borne toxins causing our water supply to be unpleasant and unsafe to drink and making recreation impossible.