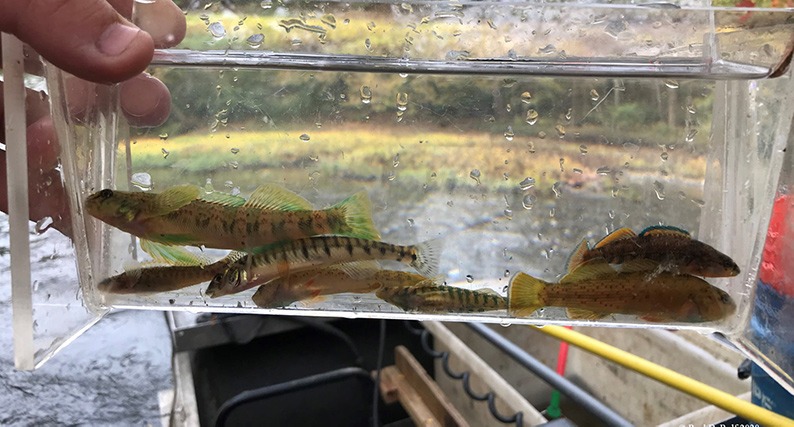 The fish above belong to one of the most diverse groups in North America. The public often is not aware of these little fish but are quite familiar with their larger cousins the Yellow Perch, Walleye, and Sauger. People typically don’t see darters when in the water unless they pay close attention to the bottom. They will see a quick flash between the rocks and not know what it was. This movement, or “darting,” is how they obtained their name. Some darters have unique habitat types, but all share one thing in common: they live on the bottom of rivers and streams. 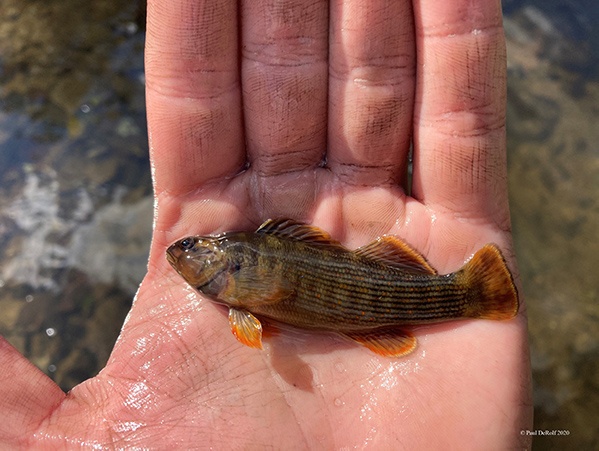 There are an estimated 250 species of darters, but there are only 22 that call Ohio home. Of those 22, two are extirpated (locally extinct), and six are considered endangered or a species of concern. Most North American darters are intolerant to pollution or water quality changes, with only a handful that can withstand these disturbances. 15 of the 22 darters found in Ohio have some level-of-intolerance and the rest are either tolerant or not yet designated. These classifications come from various human impacts over time here in Ohio (and the rest of the Midwest).

The preferred habitat for most darters are areas in streams and rivers known as riffles where the substrate breaks the surface of moving water. 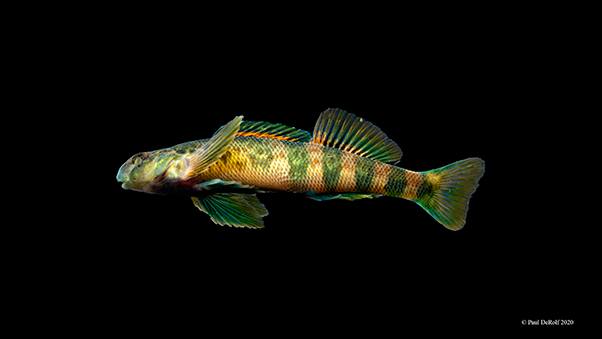 Come late spring, when the water begins to warm, male darters will start to establish breeding sites within or on the edges of these riffles. They intensify in color and will even fight with other males to attract females to their nests. These fights consist of fin biting, head butting, and even flipping rocks at one another. Once a suitable mate has been picked, females will deposit eggs over the substrate or within a nesting cavity. Most of our darter species here in Ohio provide little to no parental care for their eggs, but males of the Johnny Darter (Etheostoma nigrum) and Fantail Darter (Etheostoma flabellare) will vigorously defend the nests.

Figure 4. A Slenderhead Darter (Percina phoxocephala) from a riffle in Central Indiana.

The best way to learn about darters and where they live is to get outside and in the water. You can try your hand at micro-fishing for them, or if it’s a hot summer day, take a dip and go snorkeling to get up-close action. With the latter, if you practice patience while underwater, then you might get lucky enough to have a darter or two come up to your hand! As with most of our freshwater systems, raising awareness of the native species and their habitats can have increased conservation efforts. Rivers and streams are some of the most at-risk systems within North America and around the world.