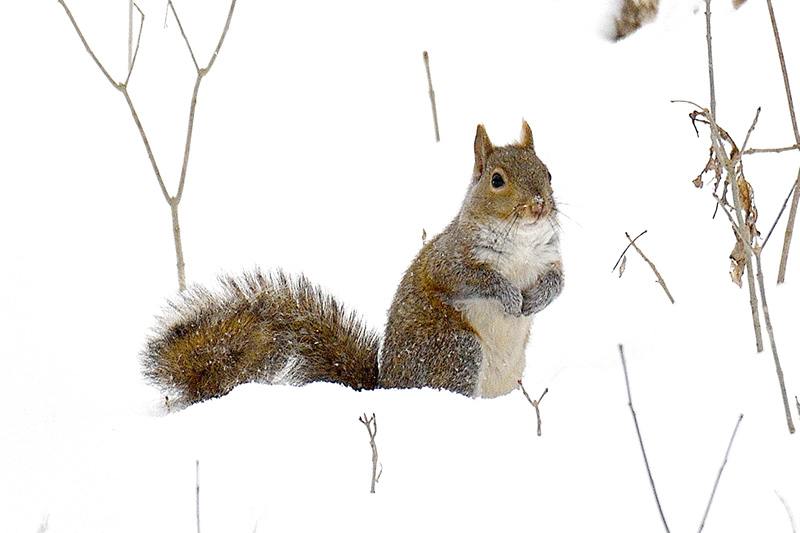 Everybody is familiar with the eastern grey squirrel (Sciurus carolinensis). It’s the ‘normal’ squirrel we see most frequently. They are grey with a large fluffy tail and white belly. The similar, but much smaller red squirrel has a much redder coat and the larger fox squirrel has a more chestnut colored coat with a cream-colored belly.

There are phases of the grey squirrel, phase meaning color variant in this case, that are other colors including white and black. These usually occur in local populations.

While squirrels do not truly hibernate, they do enter torpor which is a hibernation like deep sleep. As can be seen here, they periodically awaken from torpor in order to eat. This squirrel has come out for a winter snack and has discovered the world has changed and is now covered in snow. Studies have shown that squirrels recover as much as 90%, maybe more, of the nuts they hide. And it’s a good thing because this squirrel is going to have a challenge finding nuts beneath the snow! The flakes of snow on its nose suggest the hunt is already underway. MBI hosted Dr. James Karr on May 24, 2018, who was in Ohio visiting relatives. He was kind enough to stop by MBI for a set of presentations by himself and MBI staff.