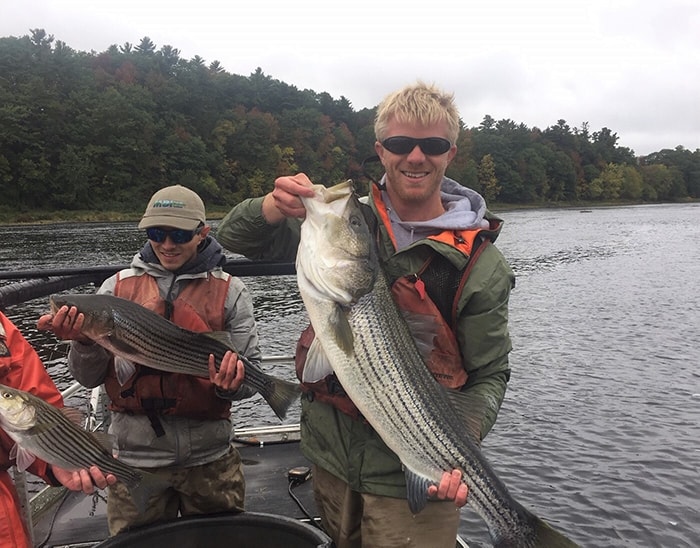 MBI recently bid farewell to John Dattilo who started with MBI in April 2018 after completing his Master’s degree at Oklahoma State University.  He has accepted a position with Auburn University leading a team studying Bighead Carp in the Red River bordering Oklahoma and Texas.  John served as the crew leader for the MBI National Rivers and Streams Assessment (NRSA) crew located in New England for the 2018 and 2019 field seasons successfully completing all assigned work while also taking on additional MBI projects.  His skills in data analysis aided in several other MBI projects including the Northeast Illinois Integrated Prioritization System (IPS), an analysis of MBI data collected in New England Rivers supported by Trout Unlimited and the University of Massachusetts (Amherst), and organizing a complex dataset in support of an analysis of NPDES permitting effectiveness in Ohio.

In addition to being hard-working and competent, John has been easy going and well-liked by his fellow employees.  An avid St. Louis Blues fan, he was able to see them bring home the Stanley Cup in 2019 (and to the chagrin of Columbus Blue Jacket fans!).  While he will be missed at MBI, we were gratified to have offered him a unique opportunity to advance his skills and career.  We all wish him well! Founded in 1912, the Ohio Biological Survey (OBS) was developed to provide an opportunity for a variety of organizations to collaborate, produce, publish, and disseminate biological information.