Home / Publications / Articles / What’s Happening To Our Bees? Go Back 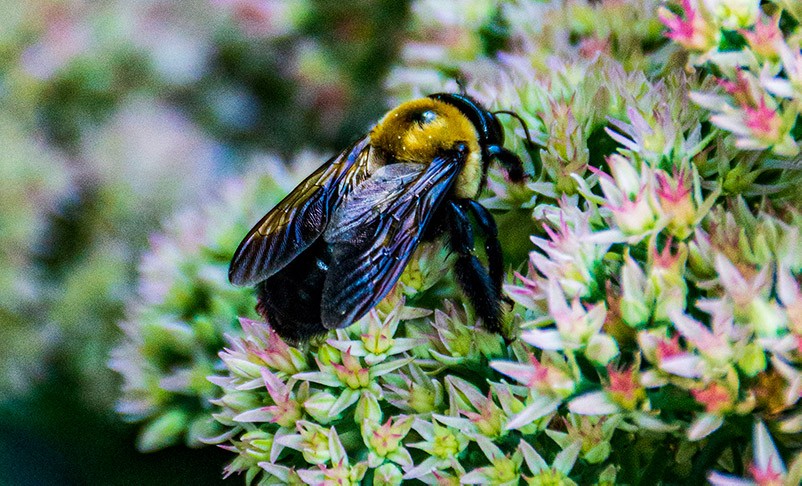 What’s Happening To Our Bees?

After losing three colonies of Honey bees in the past 4 years I’m really concerned.

I’ve had beehives off and on since I was a kid. I’ve always raised the Italian strain of the most common Honey bee in the Ohio area, Apis mellifera. Until recently, I’ve never had any serious problems or lost an entire hive over the winter. However, over the last four winters I’ve lost 3 colonies even though they were healthy, had a good Queen and plenty of honey to make it through the winter. No signs of disease or other bee problems were evident. Something is just wrong with this picture.

Looking more deeply into the issue, it is clear that something is seriously threatening populations of all species of bees.  And, it appears to be happening everywhere and to many, if not all, bee species. What is also clear is that there is no consensus on what is happening to the bees. A number of theories have emerged from the research on this threatening issue.

British scientists have compared the bee die-off to the corona virus impact on humans. British research has found the problem in 25 countries. Their research indicates that a hive can become infected with a “chronic bee paralysis virus” when an asymptomatic bee brings the virus into an otherwise healthy hive. Large numbers of the hive die within a week of infection! Certainly a terrible thought. Bumblebee populations are also severely affected. Recent research indicates that Bumblebee nesting sites in North America have declined by about 46% over the past few years. This study indicates that climate change and weather variability contribute to the problem. Other studies have found the largest loss of bees was in the summer. Their work looked at climate, insecticide and mites. All of these factors could be contributors to bee loss. So, the answer is that we don’t yet have an answer to this perplexing problem.

For me this means no more bees for a while. I’ll just wait and see.

If you’re interested here are a few links to some recent research on the subject: The U.S. Environmental Protection Agency (EPA), states, and tribes are conducting a nationwide survey of the condition of the nation’s rivers and streams.