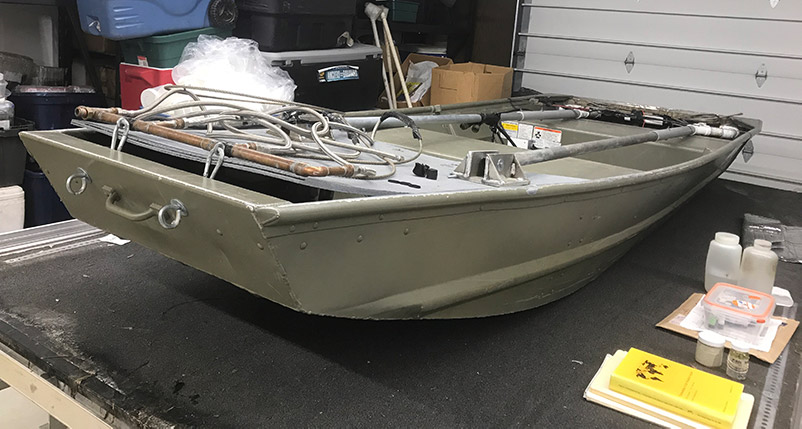 The Midwest Biodiversity Institute (MBI) lies at the end of a small brick strip mall that has been converted into office spaces rather than stores and located in Hilliard, Ohio. The reception area of the MBI has vining houseplants anywhere that has space for them, and the hum of a fish tank filter can be heard from an adjoining room. This building is where much of the data collected during field surveys is processed, as the MBI specializes in monitoring streams and other bodies of water both within the state of Ohio as well as in other areas of the Midwest. Stream monitoring is an important part of tracking the health of streams and is done through a combination of water quality, fish, and macroinvertebrate surveys. When combined, the tests can tell how healthy a body of water is.

Water quality monitoring tracks many different water parameters, including pH, temperature, dissolved oxygen, metals, nutrients, and organic matter. Some data is collected in the field, while other data is collected with a water sample that is sent to a laboratory that is certified by the EPA. Fish surveys at the MBI are often done through electrofishing methods that use an electric shock to temporarily stun the fish in the stream so they can be collected and placed in a live well. The fish are kept in the live well temporarily and to be identified then are released on site. Finally, there are surveys done on aquatic macroinvertebrates, which are animals without a backbone that can be seen with the human eye.  These surveys are done through either netting, or the use of Hester-Dendy multiplate invertebrate samplers, which consist of several metal plates stacked together in a cube with the use of a bolt and several washers. When the Hester-Dendy is left submerged in a stream, macroinvertebrate species will take shelter in the contraption, and the Hester-Dendy along with its tenants can be removed later for sampling. In both cases, the macroinvertebrates are collected in the field before being preserved and taken back to the MBI Laboratory for identification.  The laboratory is contracted to survey rivers and lakes in areas across the state as well as in others; however, one of the biggest projects they participate in is with the Scioto River. Figure 1 This image contains a picture of the rollerbeast, which is used by the Midwest Biodiversity Institute. They use this primarily to hold battery and livewell, in order to keep them safe from the water since the rollerbeast “wheels” are empty allowing it to float.

The Scioto River flows through the center of the state of Ohio. When one visits the Scioto River, they may see a wide, muddy brown river carrying sticks and twigs downstream. When the river’s flow is high like this, it hides the gravel and large stones that litter the riverbed, although I-270 drowns the little noise the river makes on its journey. However, when the river’s flow is low the stones and gravel can be seen clearly, alongside crawfish, water striders, and other macroinvertebrates. Although the Scioto River is not a river that could be considered pristine, the MBI has found that it is still a generally healthy river. It is still imperative to monitor its health quality, because, according to Ashley Smith of the MBI macroinvertebrate team, who was eager to answer any question, “Nutrient pollution, urban sprawl, and climate change are threats that the Scioto and many other urban waterways are facing.” She was clearly passionate about what she does with MBI, and it was inspiring to see this.  Although each aspect of stream monitoring is important to monitoring stream health, and not one aspect is able to show the full picture of the stream’s health, the macroinvertebrate work done by field ecologists at the MBI is the most intricate.  For example, there are many different midge, or small fly, larvae present in the samples taken by the macroinvertebrate team at the MBI. The majority of midge species are tolerant species whose larval presence can indicate a stream is less healthy, however some midge species are sensitive species that indicate a healthier stream when present. The MBI has members of their team with the ability to identify midges down to the species, so that sensitive midge species are not grouped in with tolerant midge species, thereby increasing the accuracy of their surveys. Figure 2 This is one of the many specimen jars of samples collected by the Midwest Biodiversity Institute. To the left of the shell , a dragonfly larvae can be seen.

Much of the work that goes into the macroinvertebrate aspect of stream monitoring takes place in the MBI lab long after the macroinvertebrates are collected. The MBI lab is a well-lit warehouse behind the office space, filled with jar after jar of preserved specimens on industrial shelving units. After the macroinvertebrates are caught and preserved, they are taken back to the laboratory for identification. However, prior to being viewed under a microscope, macroinvertebrates must be free of soil, leaves, and other debris that might interfere with their identification. To do this, the specimens are removed from the preservative and rinsed with water before being re-jarred.  Many of the scientists in the lab have personal favorite macroinvertebrates, typically species that are more sensitive to water quality and are therefore seen less often.  There are some macroinvertebrates that are more sensitive to a variety of factors like heavy metals, phosphates, and other chemicals or substrates that may be in the water, either naturally or not.  When there is an abundance of tolerant and sensitive species of fish as well as invertebrates, coupled with high water quality test results, the body of water can be considered healthy.  Though the MBI does a tremendous amount of work to help keep the water quality as high as possible, not every stream will always be perfect.  Ashley Smith elaborated on the topic of water quality, stating that “Characteristics of rivers that can be related to high quality are adequate riparian zones, unaltered channels, as well as a proper ratio of pool, riffle, and run habitats.  Generally, rivers that meet the highest quality standards are found in nature preserves and old growth forests.”  Although many of the rivers in our state flow through nearby cities, green spaces and recreational forests in urban infrastructural areas do have a positive impact on macroinvertebrate diversity.  The lush, urban jungles offer a refuge for the small creatures, as do streams that snake in and around the recreational forests. Similarly, they can find refuge in streams that snake around different ecosystems. Figure 3  Several of Midwest Biodiversity Institute’s Hester-Dendy Multi-Plate invertebrate samplers are shown tied to a cinderblock. The samplers themselves need to sit in the stream for a designated length of time and at a certain depth before they can be sampled. The cinderblock holds the samplers in place within the stream, allowing the plates to be found once it is time for the plates to be retrieved and sampled.

Water surveys are important to ensuring the water quality so that ecosystems can continue to thrive around the United States and the world.  By looking at water chemistry, macroinvertebrates, and fish in the Scioto River and other bodies of water across the state, the MBI has set a great example of how institutions can responsibly monitor bodies of water and maintain their health. They continue to do long-term studies each summer so ready that they have the most accurate data. Ashley explained that “The amount of work we perform in the summer is heavily dependent on how many projects we are contracted out to do. In this field of work, you have to be pretty adaptable and be ready for whatever tasks are ahead.”  The wonderful work done by the MBI helps to monitor and maintain the health of our waterways within and outside of the state, and we wish them the best of luck with their continued work in the upcoming field season. Figure 4 The image above shows one of the electrofishing boats that is used in collecting samples by the Midwest Biodiversity Institute. The metal bars that are shown contain a cathode and anode which allows for them to deliver an electric shock to fish to capture and identify them. As we move on from summer to fall, we thought we would share some photos from Jim Lane, our Board President.