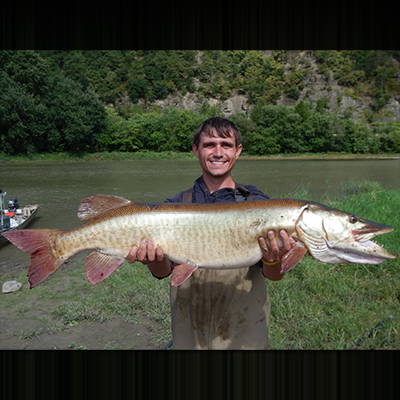 by Zach Amidon on November 16th, 2016
The U.S. Environmental Protection Agency (EPA), states, and tribes are conducting a nationwide survey of the condition of the nation’s rivers and streams. The National Rivers and Streams Assessment is a collaborative biological assessment effort that involves a large number of state environmental and natural resource agencies, federal agencies, universities and other organizations, including the Midwest Biodiversity Institute (MBI). A total of 1,800 sample sites were selected to represent the condition of rivers and streams across the lower 48 states. Of these, half are rivers and half are small streams. Sites were selected randomly using a statistical survey design to represent the population of rivers and streams in their ecological region – the geographic area in which climate, ecological features, and plant and animal communities are similar. The National Rivers and Streams Assessment was designed to estimate the percentage of rivers and streams that are in good, fair, or poor condition. The survey serves as a scientific report card on America’s flowing waters. Field crews use consistent procedures at all sites so that results can be compared across the country. They measure such things as: Temperature, dissolved oxygen, nutrients, pH Condition of the habitat along the river or stream banks Algae and free floating plants Benthic macroinvertebrates – small aquatic animals such as insects, snails, and crayfish that are a source of food for fish Bacteria ‐ indicators of possible fecal contamination Type and abundance of fish, and contaminants in fish tissue. MBI’s assignment in 2013 was to sample 119 sites in Ohio, Kentucky, New York, and Massachusetts. In 2014 we expect to begin sampling in Maine, Massachusetts, New York, Connecticut, Rhode Island, and North and South Dakota. Are you looking for ideas on how to celebrate Earth Day? We've put together a short list of some suggestions for events and activities!