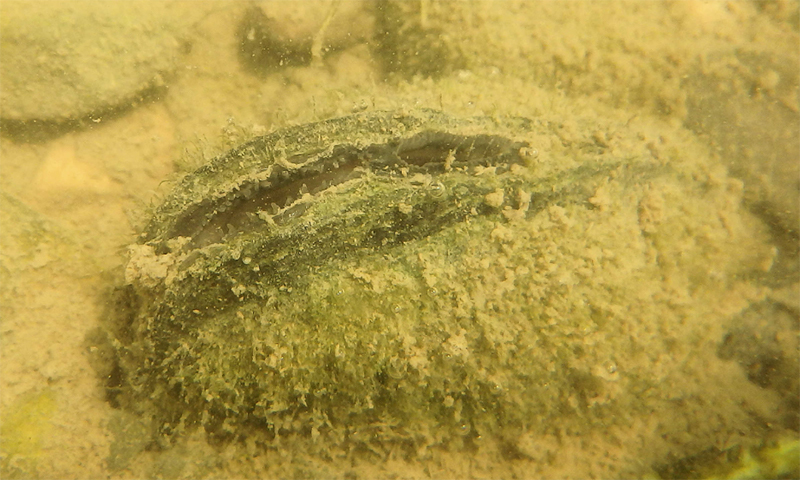 You’re lucky enough to just find a freshwater mussel in a stream or lake, let alone see one siphoning its food, or showing its lure to attract a fish host.  I’ll cover the fish-host weirdness in another article, but this one will describe something that must come before a mussel gets around to reproduction – feeding itself.

Since freshwater mussels are almost entirely stationary their whole lives, more or less stuck in the same place, they must actively pull water that contains food particles into their bodies.  Whatever drifting by will have to be potential food.  That includes bacteria, phytoplankton, zooplankton, diatoms and detritus, like bits of plant material that have broken free and are caught in the current.  As that current passes over a mussel, it draws in that water, maybe at a rate of about one liter an hour (Vaughn et al 2008), containing that potential food.

Usually, these apertures are just slightly open and barely visible to the passing human, usually not even noticeable unless you are very attuned to what these animals look like mostly buried in the stream’s substrate. The degree to which different mussel species burrow into the substrate varies considerably. This burrowing behavior also might help avoid predation. Mussels tend to burrow less deeply in spring and summer. Still, with these warmer stream temperatures it is common to see almost all of the mussel’s body buried, with maybe about an inch, usually less, of the shell’s edge above the substrate. The exposed shell might extend only about one-fourth inch above the substrate. Some species, such as the federally endangered northern riffleshell (Epioblasma rangiana), might be entirely buried in gravel without any shell exposed above the surface, and such species might be susceptible to smothering from sediment, making siphoning and survival difficult.

Species vary in how much they actively siphon water, but mussels siphon most of the time (see video link below).  Mussels use two apertures that siphon in and expel this water.  It might be hard to see, but in the above photo of a mussel in a stream, there is a left “inhalent” aperture with some papillae that serve as coarse filters, and a right “exhalent” aperture without papillae (more in the middle of this photo; also see this in the photos  below).  This requires that the mussel create a current using its gills, drawing in the water and food.  The gills gain oxygen from the water and gather the food that enters the mouth, and then sort the food.  Subsequently, the nonedible material is moved to the shell’s mantle and eventually ejected as pseudofeces.  Mussels regularly and rapidly close their shells to expel this pseudofeces.  The gills serve three functions, moving food toward the mouth through the inhalent aperture, respiration, and incubating the young, known as “glochidia” (something like larval mussels), which are released to a fish-host.  Again, more on that later. 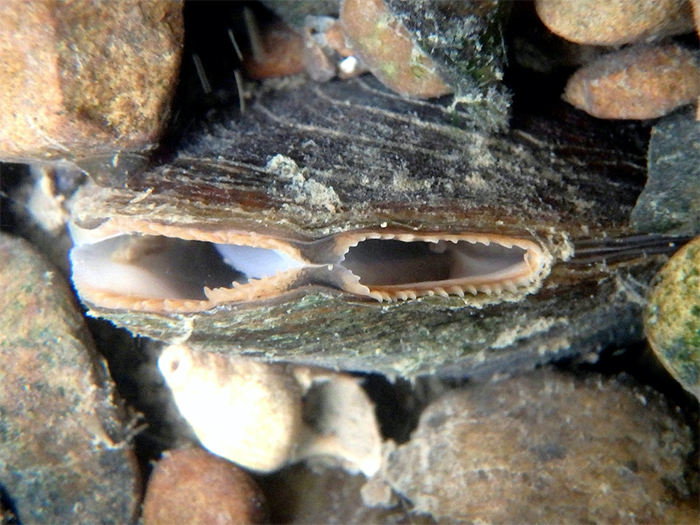 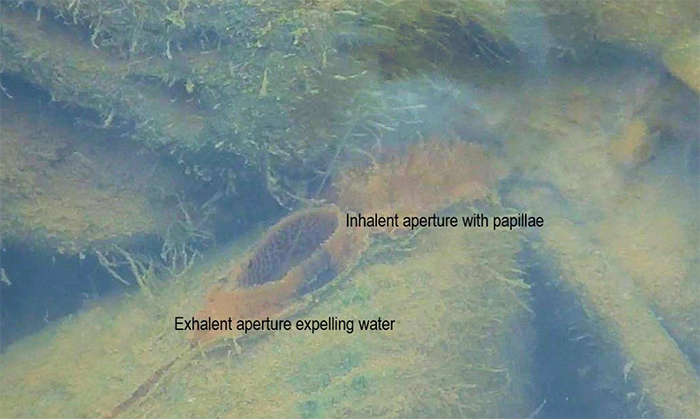 Figure 2. Here’s another mussel expelling water – can you see the barely visible “squirt” from the exhalent aperture?

The fact that mussels are stationary and are filtering and otherwise exposed to filtered and other water makes them especially vulnerable to water pollution.  This vulnerability makes their survival highly threatened – the Scioto River in the vicinity of Columbus, Ohio, was said to support no mussels downstream of its sewage plants in the 1970s.  Thankfully, improvements in wastewater treatment, such as major decreases in ammonia discharges, have allowed at least two dozen mussel species to now occupy the river near the sewage treatment plant, including downstream.  Still, this is far short of the 56 freshwater mussel species that once occupied the Scioto in this area.  The widespread decline of mussel species and population densities might be partly related to exposure to pollutants, such as ammonia, road salt or toxic metals (Gillis 2011; Naimo 1995; Patnode et al 2015; Wang et al 2007). 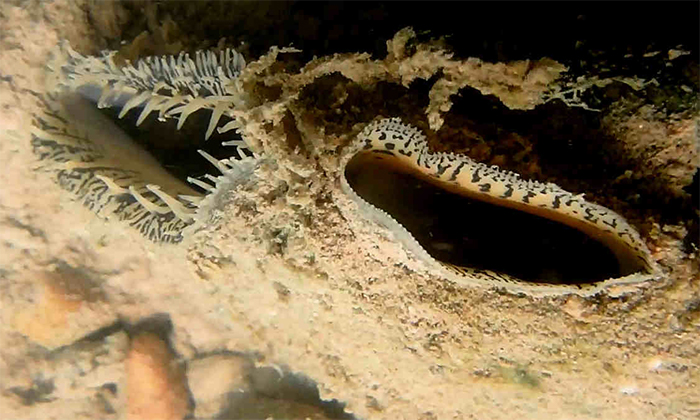 Gillis, P.L. 2011. Assessing the toxicity of sodium chloride to the glochidia of freshwater mussels: Implications for salinization of surface waters. Environ. Pollut. 159: 1702–1708.